How exciting! I have been dying to reveal this news, we finally entered this week. I say ‘we’ because team MARBEL is doing Challenge Wanaka!

What on earth am I on about? Well let me explain. A client that I coach in England called Ben came up with the idea. He was training for Ironman UK at the time, and fancied visiting New Zealand. He suggested we enter the race as a team, because I had always aimed to to an iron distance triathlon but my goal was eliminated the day I was forced to retire from triathlon due to the knee injury. What a fabulous idea I thought, and asked my husband Mark if he fancied running the marathon leg. Hey presto, we had a team!

The name? That was my husbands idea, and is a combination of our names, Mark, Ben, Mel. 😀

So I am doing the swim leg (awesome, no worries for me, the other two HATE the swim!) Ben is bringing his bike over and doing the cycle leg (what awesome scenery he will have!) and Mark is running the marathon, which is in the shadow of the alps and on the banks of lake Wanaka, stunning scenery for him too. What an awesome opportunity to be part of an iron distance triathlon, team camaraderie and stunning setting! 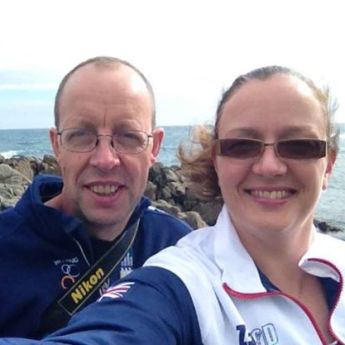 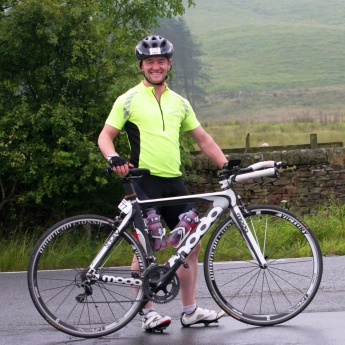 I’m seriously feeling super excited about it. I need to find out where the local triathletes do their outdoors swimming and get acclimatised. The distance is no issue, but the lake is reputed to be quite cold, so I need chilly practice!

This will be Mark’s second marathon, his first being a few years ago, in Paris. As for me, I have already done a few 4km swims in training, but haven’t raced that distance, and haven’t had to swim without leaping onto a bike afterwards! I need to get used to the idea that I do NOT need to save any energy for later, and teach my swim legs to kick faster! I get the best bit because my part is early, over reasonably quickly and I get all day to relax and support everyone else!

Unfortunately, it will be Ben’s first long distance event. Why is that unfortunate? Because he didn’t start IMUK, due to the fact that he broke his collar bone in more than one place on his recce ride the day before! He is currently plated and working through rehab. The fortunate thing is that Mark, Ben and his coach (me!) will cross the line together to complete our first distance triathlon experience (for all three of us)!

We are going to get some team shirts designed, the finish photo will be awesome!

It will be an awesome day!