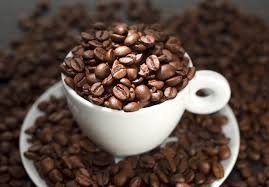 Most of us have an intimate relationship with caffeine. We crave it, love it, and take it every day in coffee, tea and sodas. It feels quite familiar. But as I researched I quickly learned that one of the worlds favorite drugs held surprises at every turn. Here are seven of them:

1) Coke used to have as much caffeine as Red Bull: For starters, consider energy drinks. Red Bull, Rockstar, Monster and other syrupy sweet, caffeinated drinks are suddenly everywhere. But there is really nothing new about them. As I read through the court papers from a 1911 trial pitting the federal government against Coca-Cola over the caffeine it blended into its products, I was surprised to learn that the early formulation for Coke was far more caffeinated than it is today. An eight-ounce serving had 80 milligrams of caffeine. This is the exact size and caffeine content of a modern Red Bull. Put another way, Coca-Cola pioneered the energy drink concept more than a century ago. The first Red Bull was a Coke.

2) Energy drinks still don’t have as much caffeine as Starbucks coffee: And then I ran into another popular misconception — the idea that these new energy drinks are super-caffeinated. Yes, they pack more of a caffeine punch than colas or teas, but rarely as much as coffee. It is hard to buy a coffee at Starbucks with less caffeine than a Red Bull (perhaps a single shot of espresso, or a mere four ounces of coffee). Even the popular 16-ounce Monsters and Rockstars — they supersize the Red Bull concept, doubling the size and the caffeine content — typically have about 160 milligrams of caffeine. That’s half the amount Starbucks estimates for a drip-brewed grandé.

3) We drink less coffee today, per person, than we did in the 1950s: So yes, we are drinking more energy drinks these days, but coffee culture still rules, right? We’ve got a Starbucks on every corner, it seems, and sometimes two, so we must be sipping more joe than ever. But here’s the weird thing — we drink less coffee than we did in 1950, a lot less. American coffee consumption peaked shortly after World War II, and then plummeted. Meanwhile, soft drinks became Americans’ favorite caffeinated beverages.

4) Nonetheless, coffee still accounts for most of our caffeine intake: But even as we chug more gallons of caffeinated sodas than coffee, we get more of our caffeine from coffee. Because the caffeine is more concentrated in coffee, it still provides two-thirds of the caffeine in our diet. Soft drinks come in second, and tea is in third place.

5) Most tea today is iced: And what about that tea, anyway? Again, it’s the source of a lot of misunderstanding. We typically think of tea as something prepared in a cup, with hot water poured over a tea bag, and sipped hot. But that is an archaic notion. So here’s another little-known fact — iced tea now accounts for 85 percent of the tea consumed in the US. This includes not just the sweet tea that lubricates southern living, but also the fast-growing bottled teas, ranging from Brisk and Nestea to the upscale Honest Tea and Tazo brands.

6) It doesn’t take much to get hooked: Even as our preferences have shifted toward bottled sodas and teas, with their lower caffeine concentrations, research has shown that it does not take much caffeine to develop dependence. And here is another caffeinated surprise — as little as 100 milligrams of caffeine daily is enough to get an adult hooked. That’s about five to eight ounces of coffee, two bags of Lipton tea, or three cans of Coke. At this level of caffeine consumption, most people will experience some symptoms of caffeine withdrawal if they quit abruptly. Symptoms can include lethargy, no surprise, but also irritability and, especially, the classic caffeine withdrawal headache.

7) Caffeine is now being marketed as a hangover cure: Though caffeine can actually trigger headaches in some people, for most of us it is an effective headache therapy. It is bundled into a number of prescription migraine medications, and is a key ingredient in over-the-counter analgesics like Excedrin and Anacin. That’s not too surprising. What is surprising that it is now being marketed specifically to treat a dreaded malady — the hangover headache. For younger hangover sufferers, there are energy drinks like Monster Rehab and Rockstar Recovery, delivering a bit of morning-after caffeine. And Hangover Joe’s takes the basic energy shot formula and packages it for the over-served. Anacin is capitalizing on this with its trademarked slogan: “Great night. Rough morning. Better day.” A century ago, Coca-Cola’s ads read “Tired? Coca-Cola relieves fatigue.” The newer pitches for hangover remedies, like Anacin’s “Got Sharpied?” campaign, suggest caffeine is once again being viewed as a useful tonic.

← Our loved ones always walk by our side
Photo challenge: reflection →