How to NOT be a triathlete 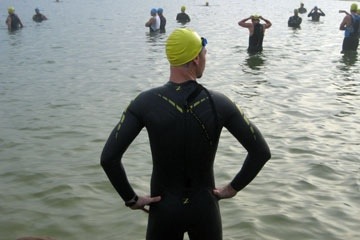 It weird. I have spent most of the last five years thinking about what I did yesterday, and whether it will fit with what I am doing today and might do tomorrow.

Don’t do a hard bike and a run session on consecutive days. Don’t do two swim sessions in one day, and so on. What now? I found my garmin on the shelf today and said ‘well, I might as well sell that then’. No, my husband suggested, use it to help tell you how far you walked when we go tramping!

Who would have thought that the ITU logo tattoo would mark the end of the triathlon era… I didn’t.

I found my wet suit, while packing today. Will I ever use it to the same extent? Apparently the local triathletes swim in the river that we row in!

My cycling buddies were talking about the race that was held today (in horrendous winds). Suddenly it dawned on me. Now, I will be cycling today, and tomorrow, and probably the next day. Perhaps with a bit of rowing and gym work thrown in here and there. That is going to take a mental adjustment, there was a reason that I chose triathlon!

I have been thinking long and hard about track bikes, too. Being such an odd shape, I think it would be better financially if I bought a frame and constructed the bike around it. Yep, hubby has allowed and authorised the purchase of another bike, and father has helped pay for it, as a birthday present.

Now, I must go and see if I can find the existence of Union Jack bar tape….